Skip to content
This White Chocolate Raspberry Cheesecake is a white chocolate cheesecake that has a homemade raspberry sauce swirl in it.
Jump to Recipe Pin Recipe
5 from 2 votes

White Chocolate Raspberry Cheesecake is a white chocolate cheesecake that has a homemade raspberry sauce that truly elevates this cheesecake to a whole new level.

If you are a fan of white chocolate cheesecake, you have to try this recipe.

I wanted to create this white chocolate raspberry cheesecake recipe for anyone who wanted something besides a classic cheesecake or a decadent chocolate cheesecake. You know, those fruity cheesecake lovers.

The homemade raspberry sauce is so refreshing and adds such sweetness to the cheesecake. Plus it pairs wonderfully with the graham cracker crust.

Crust | Start with a graham cracker based crust. Add the graham cracker crumbs, sugar, and butter to a large mixing bowl. Stir it up until the butter coats all of the crumbs and then press it into the prepared springform pan.

Raspberry Sauce | Now you can work on your raspberry sauce. You will cook on the stovetop for a fruity twist to this cheesecake. You’ll want to make this sauce several hours before making the cheesecake filling or even a day ahead of time.

Start by adding the sugar and cornstarch to a saucepan and stir to combine. Add in the raspberries and place the pan over medium heat. Begin to smash the berries with a wooden spoon.

While stirring constantly, allow the mixture to boil for 3 to 5 minutes until thick. Strain using a fine-mesh strainer and allow to cool.

Cheesecake Filling | This is a simple cheesecake filling that has white chocolate melted and beat into it. This is going to give you an incredibly sweet and rice flavor in every bite.

I like to start by adding just the cream cheese to a large mixing bowl and beating it with a hand mixer until creamy.

Beat in the sugar and vanilla and then the eggs one at a time. Scrape down the sides of the bowl after each egg.

Next, add the sour cream into the cheesecake batter and mix until combined. Add the white chocolate and heavy to a microwave-safe bowl and microwave in 30 second intervals and stir until a creamy ganache forms.

Pour the white chocolate ganache into the cheesecake batter and beat just until combined.

Swirl the raspberry sauce into the white chocolate cheesecake with a butter knife or skewer. Don’t get crazy swirling otherwise your cheesecake can develop cracks. I like to make 4 to 6 passes with the skewer.

Place in the oven and bake according to the times in the recipe card below.

Whipped Topping | You can make homemade whipped cream or buy some to spread on your cheesecake. Or if you prefer to skip you are more than welcome to leave it off.

The full directions for this white chocolate cheesecake with raspberry sauce recipe is below.

Can you freeze White Chocolate and Raspberry Cheesecake

You can freeze this cheesecake. Once the cheesecake has cooled you can then place in an airtight container.

You can store your cheesecake whole, or sliced into pieces. If you slice into pieces then use wax paper to place in between each slice. That way if you want to remove one slice you can easily.

The cheesecake will store in the freezer for up to three months. You can thaw on the counter for a quick thaw, or place in the fridge overnight for a slower thaw.

Check out these other popular cheesecake recipes

Can I swap out this Cheesecake Crust

Yes, you could swap out the crust with vanilla wafers, gluten free graham crackers, or even chocolate cookies if you would like.

I love the pairing of the classic crust but feel free to swap if you feel a different flavor would be best. 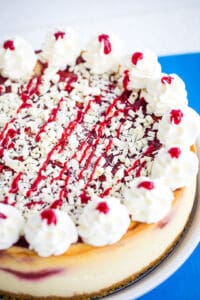 I made a second batch of raspberry sauce to drizzle on top of the cheesecake. 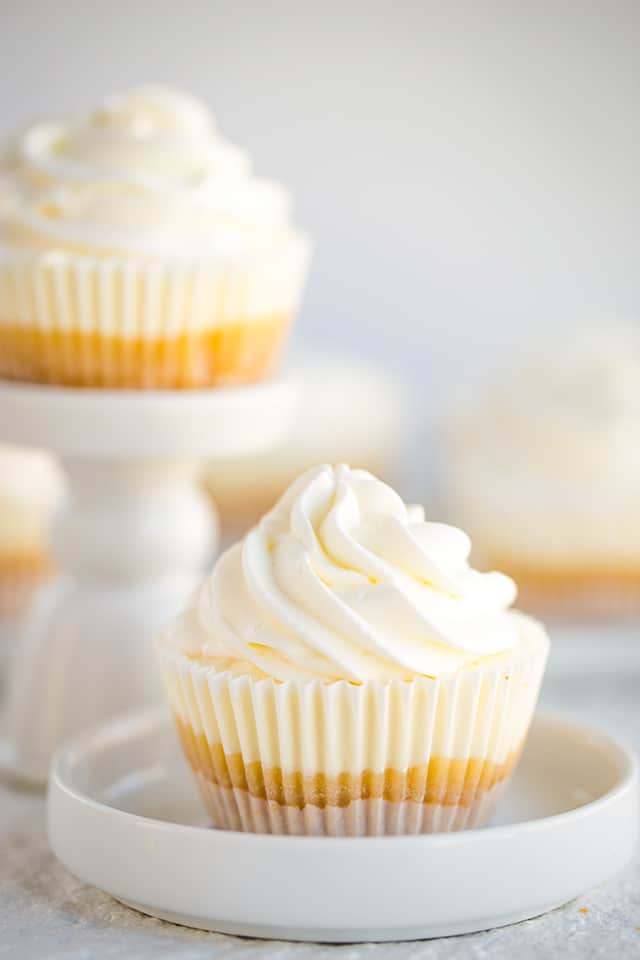 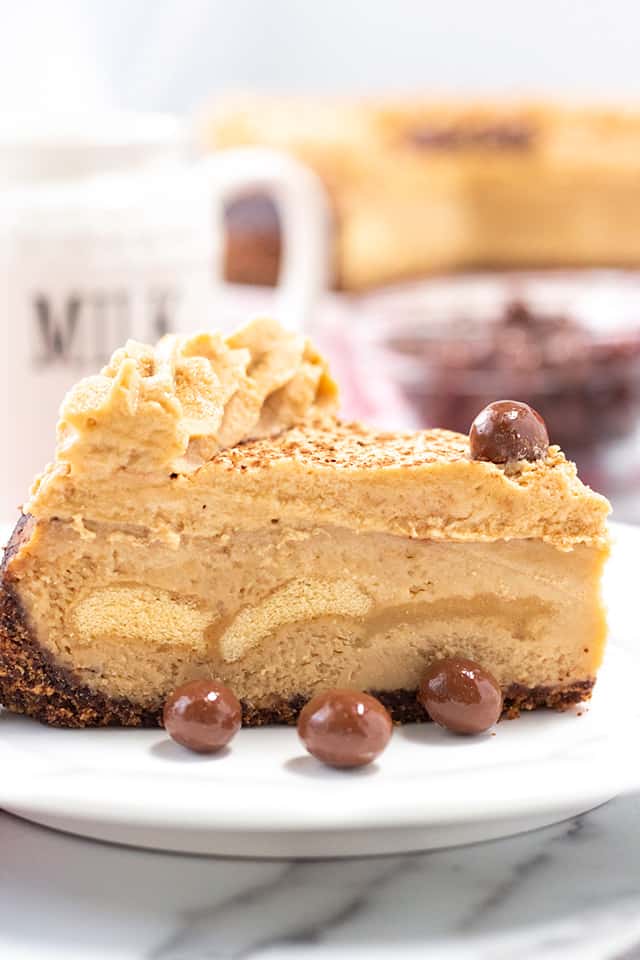 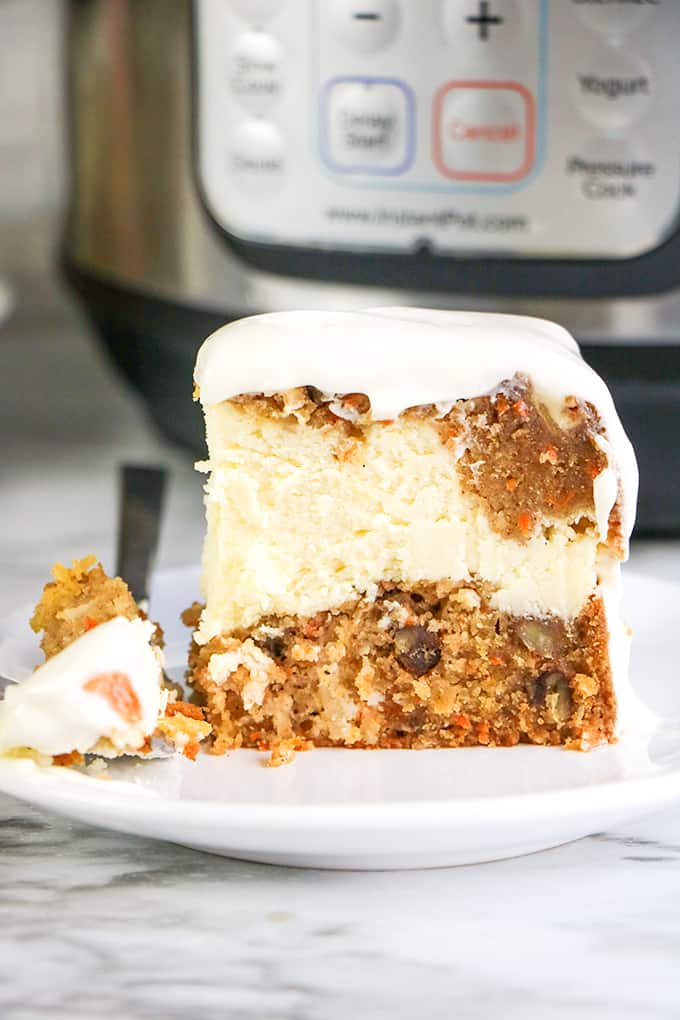 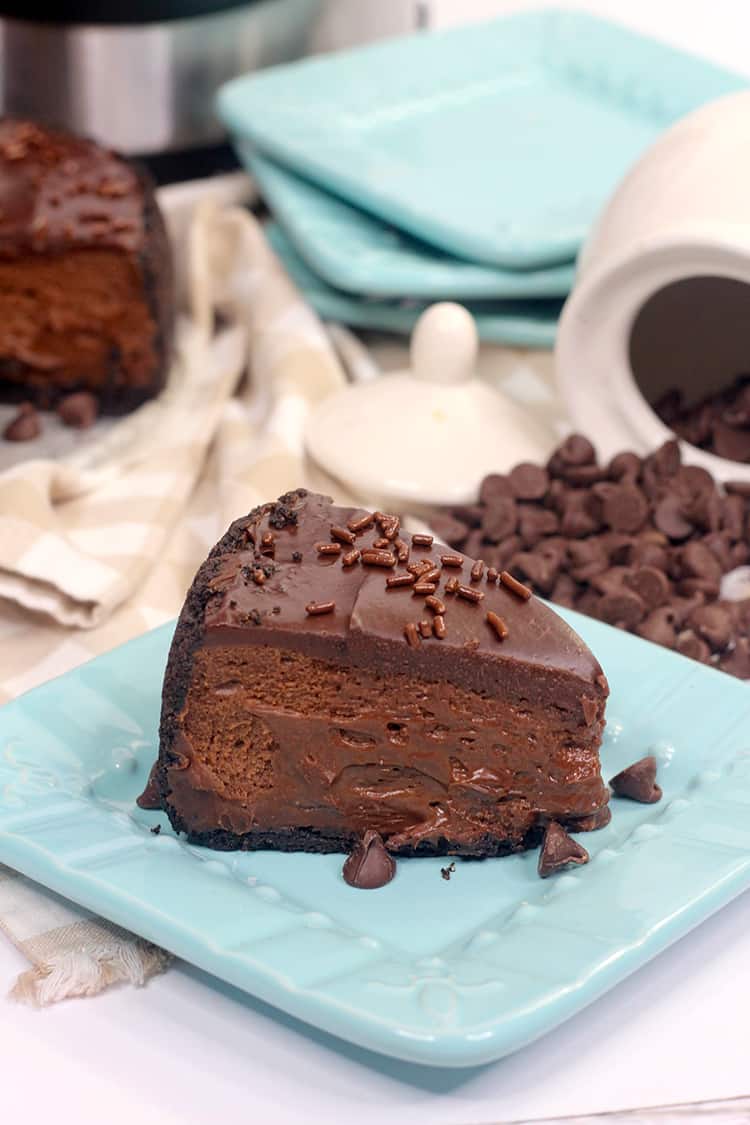 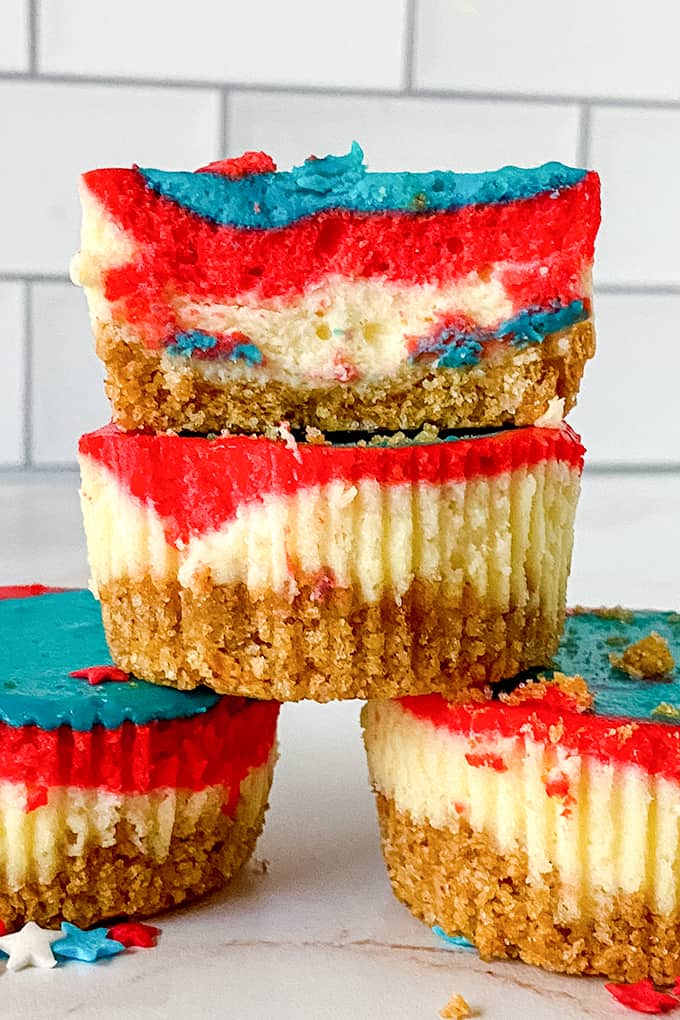